In various posts such as Flying around with Google Earth and The Royal Family and their homes as well as on the ramblings site I showed how to create data driven applications right out of Excel that leveraged visualizations, Google Earth and Google Maps.

The latest version of this, which can be downloaded from the ramblings site , now has Organization charts, and relevant tweets as options for displaying in infowindows or infobubbles. As before, if you prefer, these can be added without writing any javaScript, and generated straight out of Excel.

Here is an example application that I generated today – all about bankers. (deprecated) 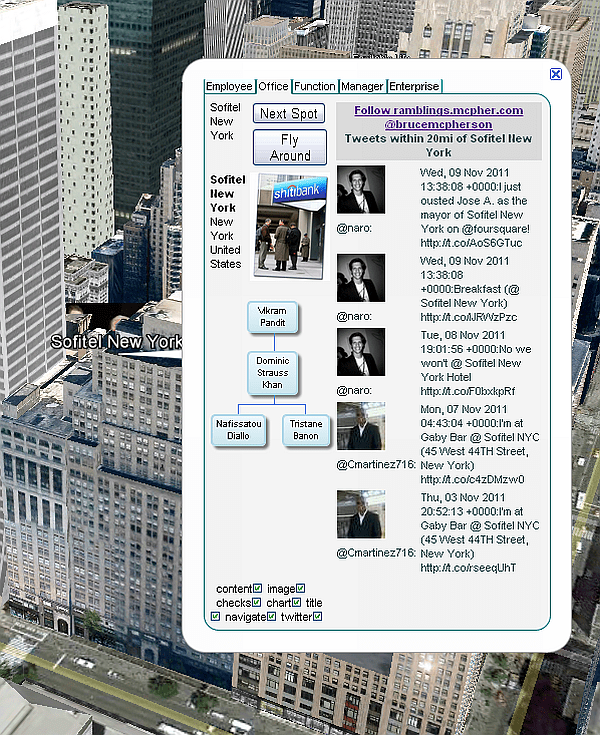 About brucemcp 223 Articles
I am a Google Developer Expert and decided to investigate Google Apps Script in my spare time. The more I investigated the more content I created so this site is extremely rich. Now, in 2019, a lot of things have disappeared or don’t work anymore due to Google having retired some stuff. I am however leaving things as is and where I came across some deprecated stuff, I have indicated it. I decided to write a book about it and to also create videos to teach developers who want to learn Google Apps Script. If you find the material contained in this site useful, you can support me by buying my books and or videos.
Twitter