If you are a regular on this blog or on the Excel Liberation site you’ll know that I’m a great fan of scriptDb – the cloud base noSql database for Google Apps Script – and like to play around with it. I’ve already released APIs for VBA (Excel) and JavaScript that can access and update scriptDB, along with a Google Apps Script handler which is used by the API to receive and deal with API requests.

So now that we have the capability to write apps in VBA and JavaScript that can use the same data and database and as Google Apps Script, I figured that we could use that to solve a different problem I’ve been thinking about for a while.

Getting data back into Excel from a web app.

On the Excel liberation site there is a capability to generate a mapping app from Excel data. The problem is that there isn’t any way  to get any data, for example user entered enrichment, back into Excel. 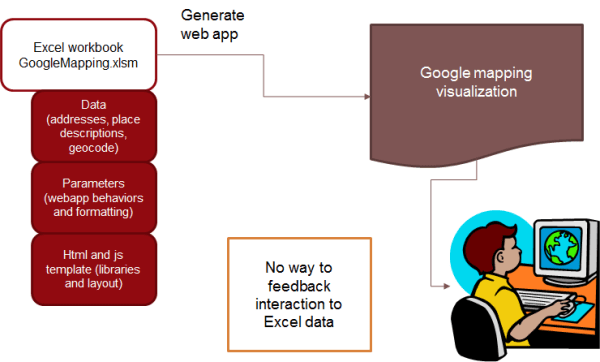 Using the scriptDB APIs, we can create a temporary transient data exchange like this. 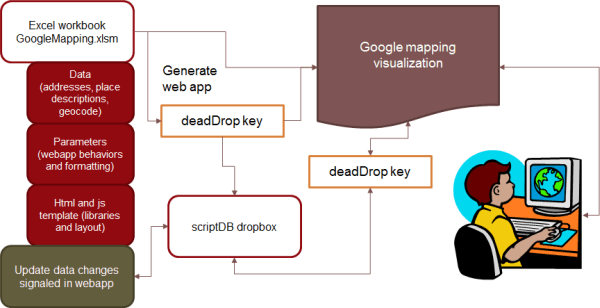 This means that  an instrumented web page can collect data like this, and pass this back via a deadDrop key for later processing by a VBA app. 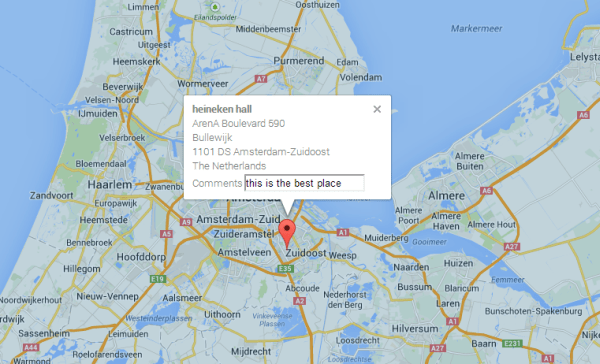 I’m calling this capability a deadDrop. I can’t remember why now, but I’ll stick with it. Some key characteristics are
For more on all this, see Excel Liberation. Here’s a primer deck for more info.
Using script db as a deaddrop to pass data between GAS, JS and Excel from Bruce McPherson
About brucemcp 225 Articles
I am a Google Developer Expert and decided to investigate Google Apps Script in my spare time. The more I investigated the more content I created so this site is extremely rich. Now, in 2019, a lot of things have disappeared or don’t work anymore due to Google having retired some stuff. I am however leaving things as is and where I came across some deprecated stuff, I have indicated it. I decided to write a book about it and to also create videos to teach developers who want to learn Google Apps Script. If you find the material contained in this site useful, you can support me by buying my books and or videos.
Twitter