Random blog posts
This is a part of the series of posts on Getting an API running in Kubernetes. For this to make sense you should have worked through a few of the earlier examples 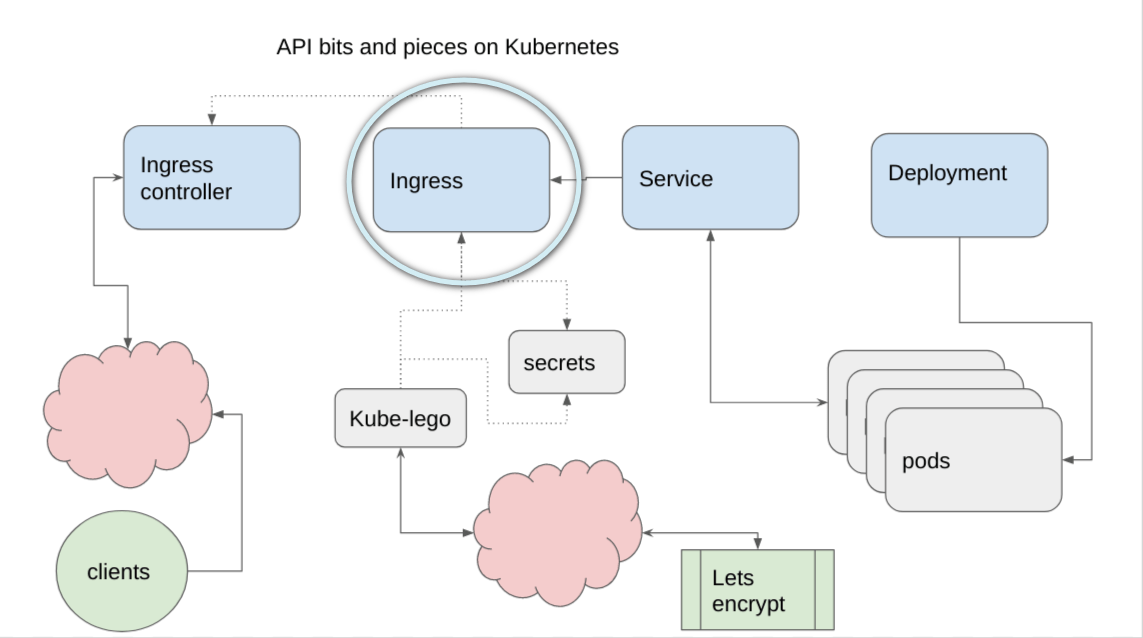 This is the last step to getting your app out there. For my example, I’m using one of my exitsing domains, but lets pretend its called awesome.com.

The objective is to be able to do a /GET from the browser – as in
https://demo.awesome.com/?data=helloworld

or a /GET or a CORS /POST from a javaScript app with the message in the body.
https://demo.awesome.com/

The yaml file for the ingress looks like this – I’ve added another service that doesn’t exist so you can see how to do that if you need to eventually. In particulat, look at the red items – we’ll cover those in a moment.

and you can apply it

Over in the browser 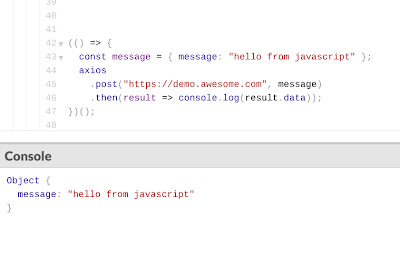 The .yaml file contains 2 annotations (annotations were covered in Getting an ssl certificate for Kubernetes ingress).

This rule says that when a request for the demo.awesome.com/ comes in, route it to the playback-service, which will be listening on port 80.

The tls section is used by kube-lego to decide which domains need ssl certificates, and the secretName is where to store them.

We’re done – thanks for sticking with me the whole way.